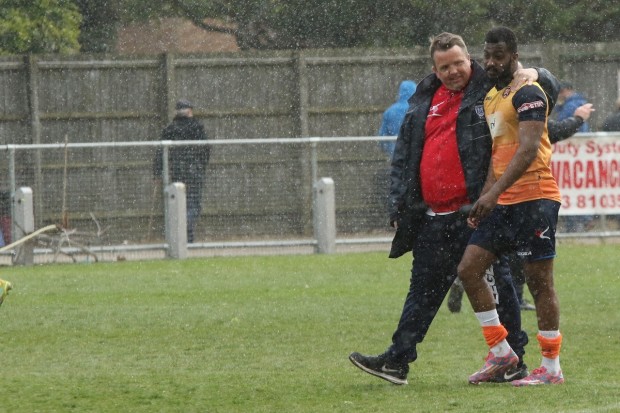 “It was obviously disappointing this afternoon” reflected a subdued Town boss Thomas Baillie after seeing the Linnets come out on top  “but we can be proud of the season we’ve had.”

“I felt that we were the better side in the first half and deserved to be in front at half time, but they upped their game in the second half as we knew they would.

The penalty miss destroyed us and was probably the turning point, but we could have defended the goals better particularly their equaliser when we should never have conceded the corner.

But it’s happened  and it’s still been an amazing campaign overall .

I am now going to have a few days away from the game with the phone  switched off, and then I will sit down with the Club  to prepare for next season