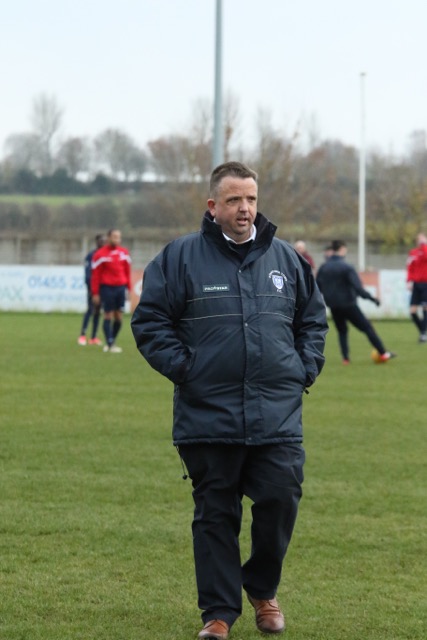 “It was a poor game on a poor pitch” was Thomas Baillie’s honest assessment after his side had battled to another three points in the St Neots mud.

“We weren’t good enough in the first half but we improved after half time, and although we never reached our performance levels of recent weeks we were deserved winners in the end.

St Neots came at us strongly after their poor result in midweek and threw everything they had at us, On another day we might have drawn or even lost, but it’s a sign of a good side to survive that sort of pressure.

And we are a good side even with a few players missing like we had today, and the lads are full of confidence.

We are right in the play-off mix and as such we are well ahead of schedule, but we’ve got some testing fixtures coming up  and we are ready for them.

With regard to Mike Taylor I was obviously sorry to see him go, but he received an offer from Tamworth which he simply couldn’t turn down and I fully understand his decision to join them.”