It was not my intention to write a column  for the first time in almost a month but I felt I needed to get back into training for a hectic month coming up with no less than six away trips to hopefully cover throughout January. So, better late than never, here is my personal thought from Monday afternoon.

Along with my pal and passenger PC  Plod (sorry Martin !) I travelled to the New Windmill with a sense of trepidation – but nonetheless hope – as did (I suspect) the vast majority of the hordes of Townites.

The car park was well organised by numerous marshals and we entered straight into the ground. I have yet to visit the bar since we again met up with the “Brakes” – on their way down as we made our way up ! Therefore I cannot comment on that area. The ground – to me – has never been that impressive as it does not possess a proper main stand. Yes it has plenty of covered terracing behind the near-end goal and a good covered seating area along the nearside, with more covered terracing ; but no focal point as such. The far end and far side present no further good covered viewing possibilities. In the nearside corner is a refreshment kiosk, a club shop and a further hot drinks bar next to the toilet block.

With a big turnout, it was no surprise that there was a long queue for me to suffer to get my Bovril (NB … no burger), although the DCS ladies are far quicker when it comes to service !

The Boxing Day local derby was going to be combative affair with points important to both parties, plus revenge would be necessary for the “Brakes” after their 4-0 thrashing at DCS in the League Cup six weeks earlier. Town also needed to “payback” for the 2-0 league home loss.

Honours were even in the early stalemate until the “Pantomime Villain” finally appeared to apparently put the home side in front. This was soon corrected by Kieron being named as the “o.g” goalscorer. Three “Pantomime Villains” then took stage just before the break :- the “ST” correctly (IMHO) sent off for a reckless challenge, the undistinguished referee and the over-physical home captain, who should have “walked” – and probably not have been on the pitch in the second half to become the saviour of Leamington. His first half save was important, compared with virtually nothing needed from Niall all game. However, Townites had to witness three more incredible saves by the least popular home player. They also were more than a little happy to see Kieron give us all a late Christmas present. What a second half performance ! No doubt you have all seen the YouTube video, the photos, the match reports of the goal and final whistle celebrations.

Town are a good “draw” at present and will be in good heart, as will be the supporters of “the best team in South Warwickshire”. Hopefully, in the New Year, there will be more “travelling Townites” who only have two home games in January.

Well done to the Town lads, Carl and his backroom men, and a Happy New Year to them and all my readers ! 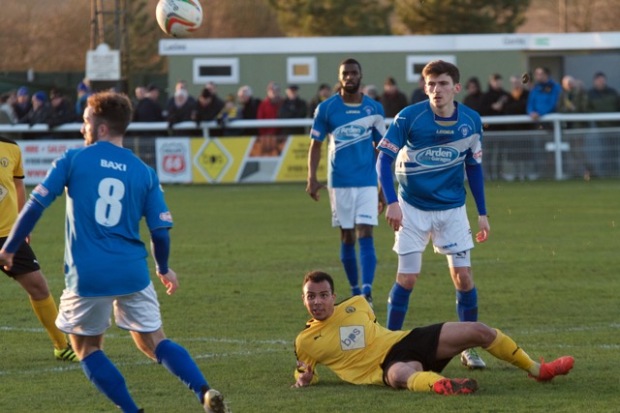 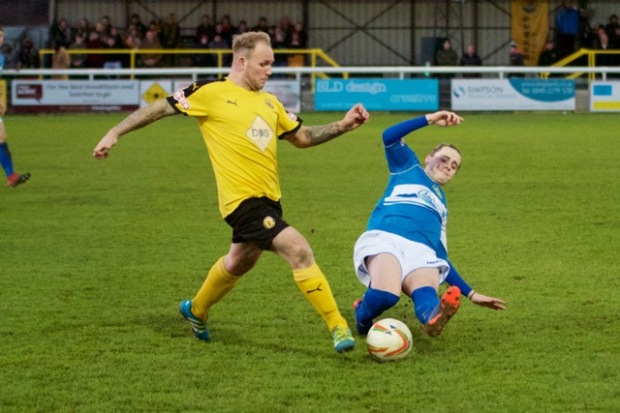 Town showed masses of character and commitment to come away with a thoroughly deserved point after battling back from going in at half  time a goal down and a man down.

Kieren Westwood’s  own goal gave  Leamington the lead in the 26th minute, and it  got  even worse for Town three minutes before the break when Simeon Tulloch was shown a straight red card after clattering into Jack Edwards.

But Carl Adams’ side stormed back in the second half with Leamington keeper  Tony  Breeden pulling off a string of top drawer saves until  he was eventually beaten in the 84th minute when Westwood’s luck turned as he  let fly from 25 yards out with an absolute screamer into the top corner. 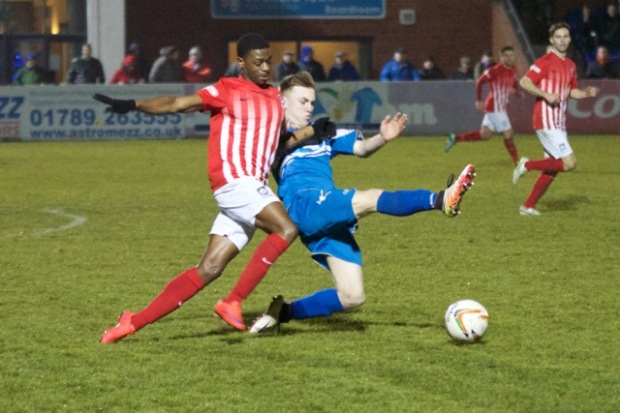 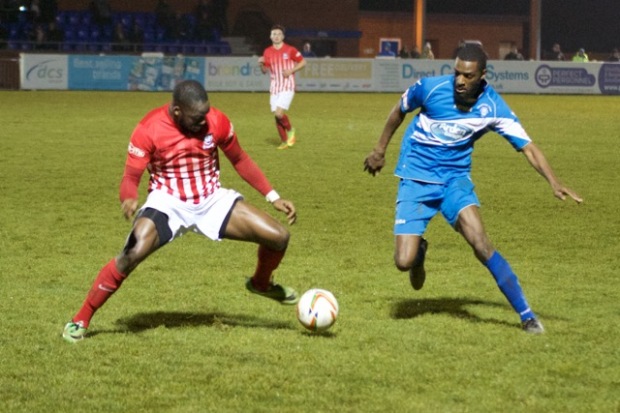 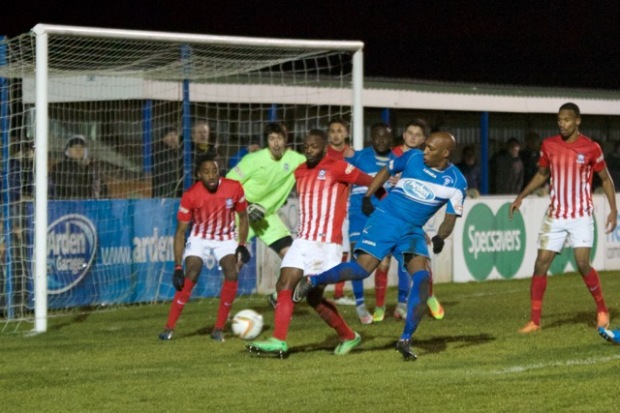 Stratford’s most important supporter, his owner and Rob Maisey.

Justin Marsden rescued a point for Town in the third minute of added time  after another frustrating evening at the DCS..

A sumptuous long range Ben Stephens effort had given Town a second minute lead, but Kings Langley hit back to lead 2-1 at half time and looked to be on course  for all three points until Justin’s late equaliser.

A full report  is now available under the First Team Match Reports Section.

Could there be a better way of spending your Valentines day than treating your loved one to a trip to Biggleswade? Well now you can cancel that dinner booking and head to the Carlsberg  Stadium on the 14th February for a 7.45 Kick off.

Town’s away trip to neighbours  Leamington for the Birmingham Senior Cup Quarter Final tie has been scheduled for Tuesday 31st January. 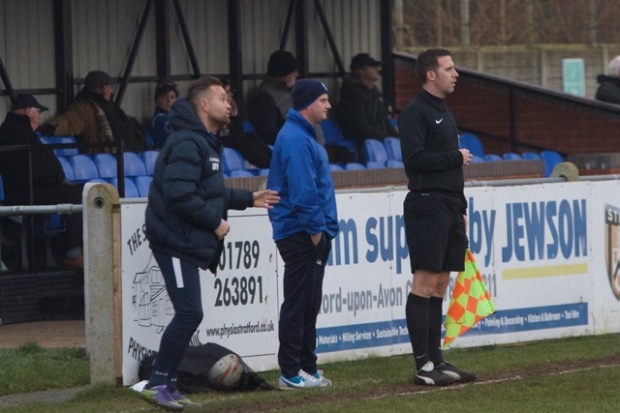 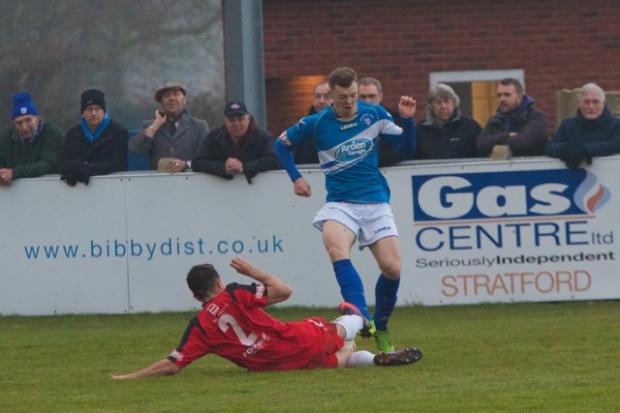 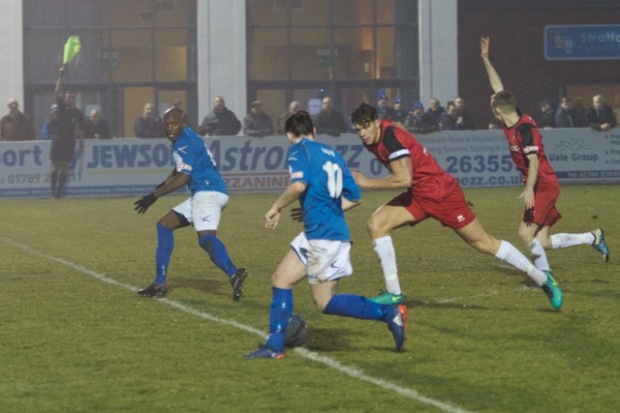 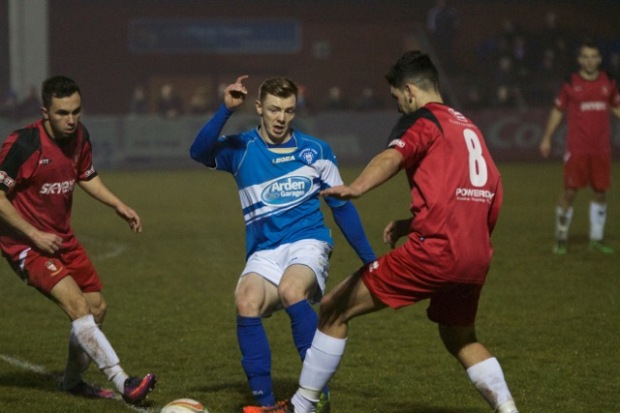 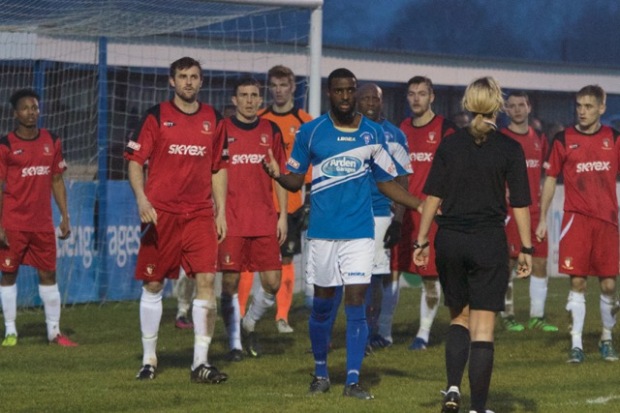 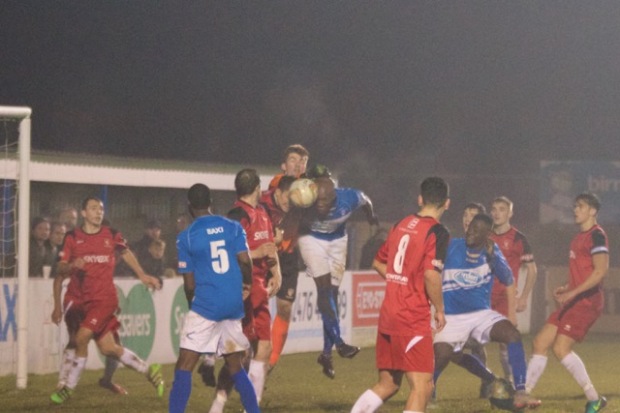 On what Carl Adams described as “a frustrating afternoon” Town had to settle for a point against a resolute Hayes and Yeading side.